Gasoline price changes in California are primarily driven by the cost of global crude oil and significant unplanned refinery outages. Currently, Russia’s invasion of Ukraine is causing crude oil prices to increase and remain volatile. Gasoline prices are highly sensitive, so any shift in supply and demand changes what you pay at the pump.

Filling up the tank in California also costs more since gasoline prices are higher on average than the rest of the United States for a few reasons. These reasons include the isolated nature of the state’s transportation fuels market, a special gasoline recipe that reduces air pollution, environmental program costs, and taxes. 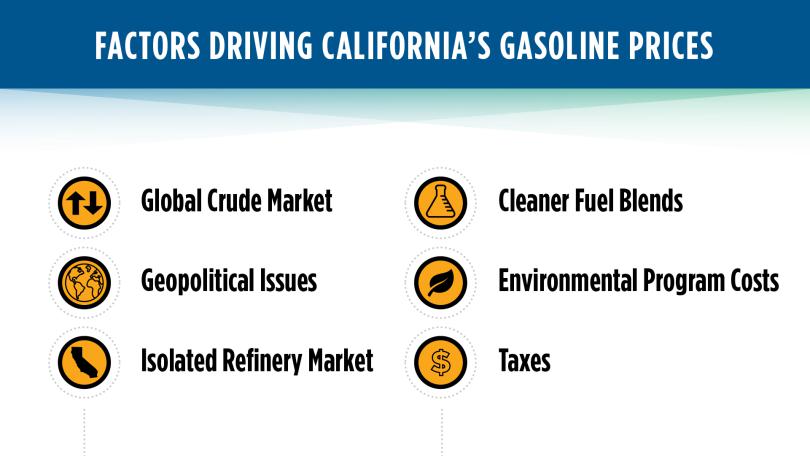 California’s transportation fuels market is isolated, meaning that gasoline purchased in California is also refined in the state. Oil refineries and fuel distribution centers are isolated by time and distance from alternative sources to resupply during unplanned refinery outages. Price spikes can last longer for Californians because costs are higher, and the resupply time is longer.

The state’s market is nearly self-sufficient. Imported gasoline and blending components account for only 3 to 7 percent of supply. Supplies of gasoline and diesel fuel from outside the state are not routinely needed to balance supply with demand.

Pipelines connect the state’s refining centers to distribution terminals in Nevada and Arizona, but they are used only to send gasoline and other transportation fuels to these states.

Because more than 90 percent of the gasoline consumed in California comes from in-state refineries, significant unplanned refinery outages contribute to increases in the price at the pump.

The state’s 14 oil refineries are in the Bay Area, Central Valley, and Los Angeles. Together, these refineries process more than 1.6 million barrels per day of crude oil. 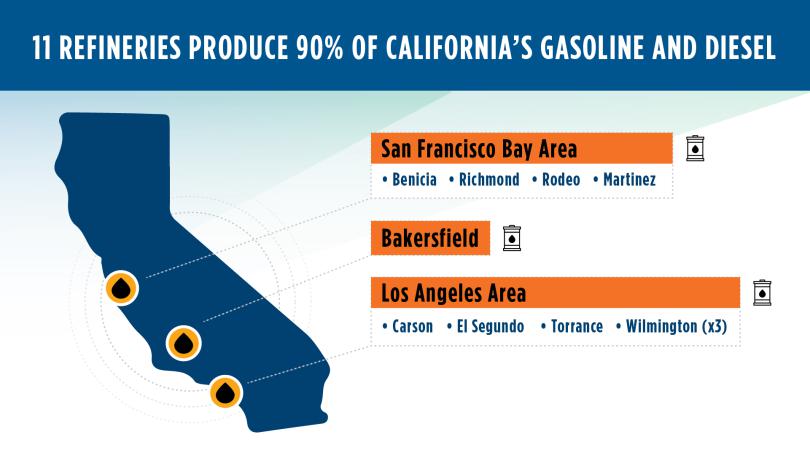 More than two-thirds of the crude oil California’s refineries process comes from out of the state. 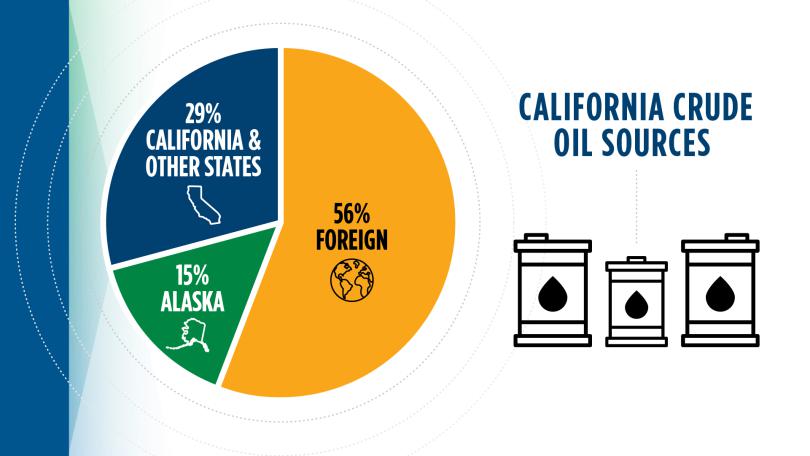 The demand for gasoline has declined since 2017 due to more people driving electric vehicles and the societal shift with more employees working from home during the COVID-19 pandemic. 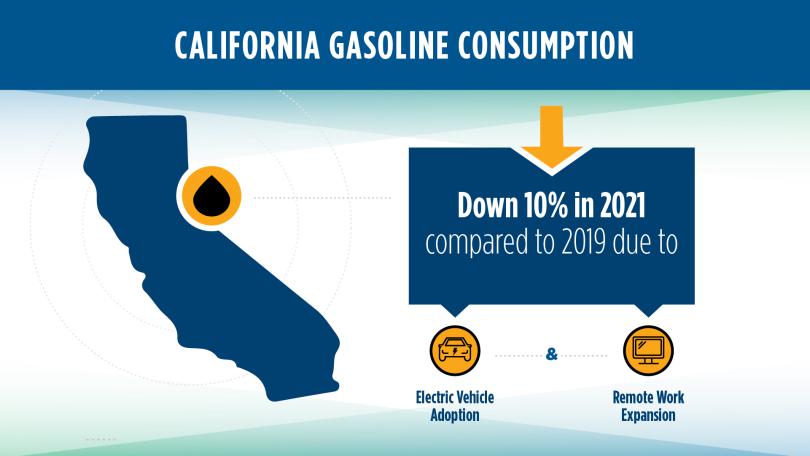 As of August 29, 2022, gasoline cost $1.23 per gallon more in California on average than nationally, at $5.06 per gallon compared to $3.83 nationally, according to Energy Information Administration (EIA) data.