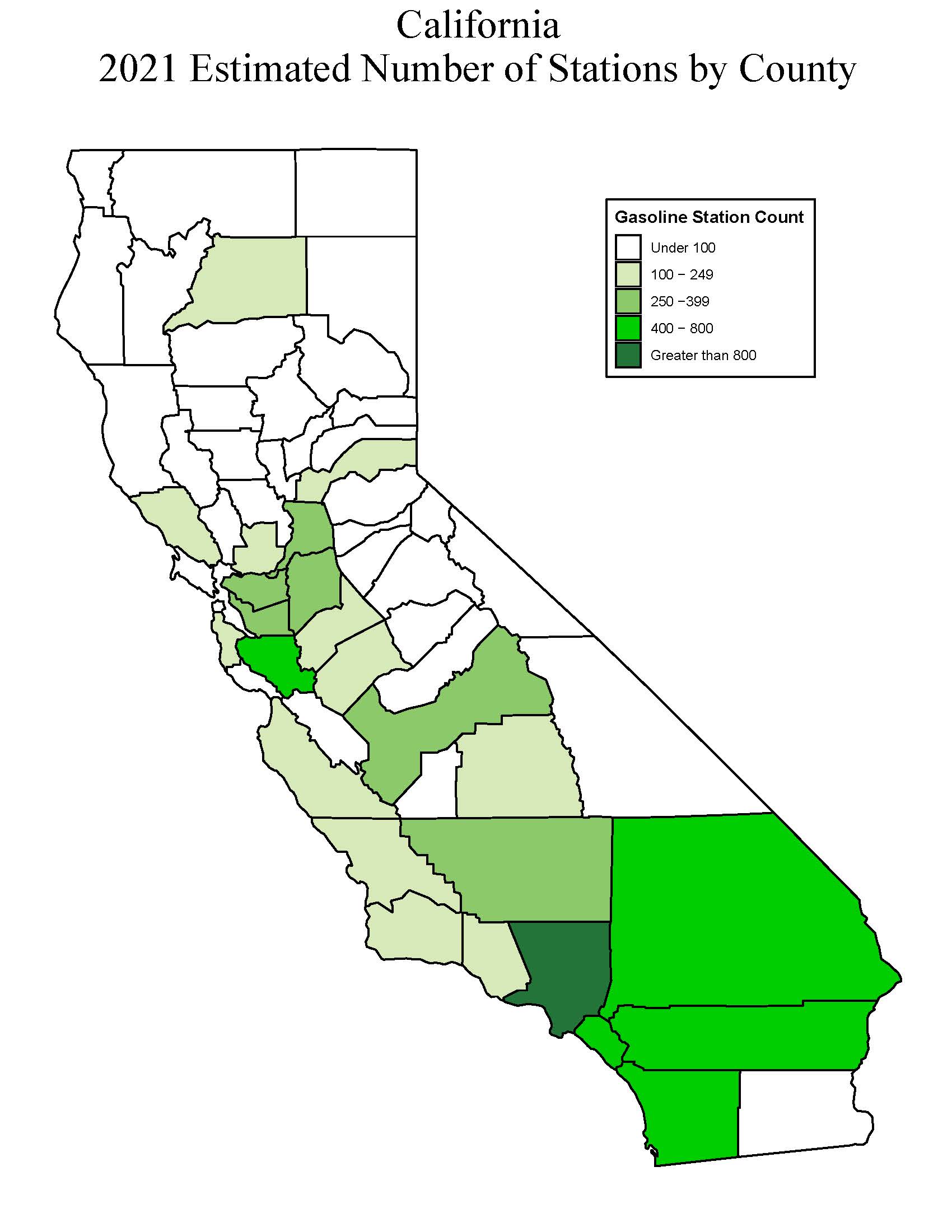 Source: California Energy Commission
Note: CDTFA tracks all gasoline and diesel sales in California for taxation purposes, but accounts for those sales at the finished fuel terminal level where taxation first occurs. Because of this, CDTFA gasoline and diesel sales have no regional dimension available. The CEC-A15 tracks fuel sales at the retail level, station by station, but since the current number of stations is constantly changing and the full station population is unknown, staff uses the total known CDTFA gasoline and diesel sales figures as a benchmark to achieve in data collection efforts. Differences in these two figures estimate the amount of sales underreported in CEC-A15 results. 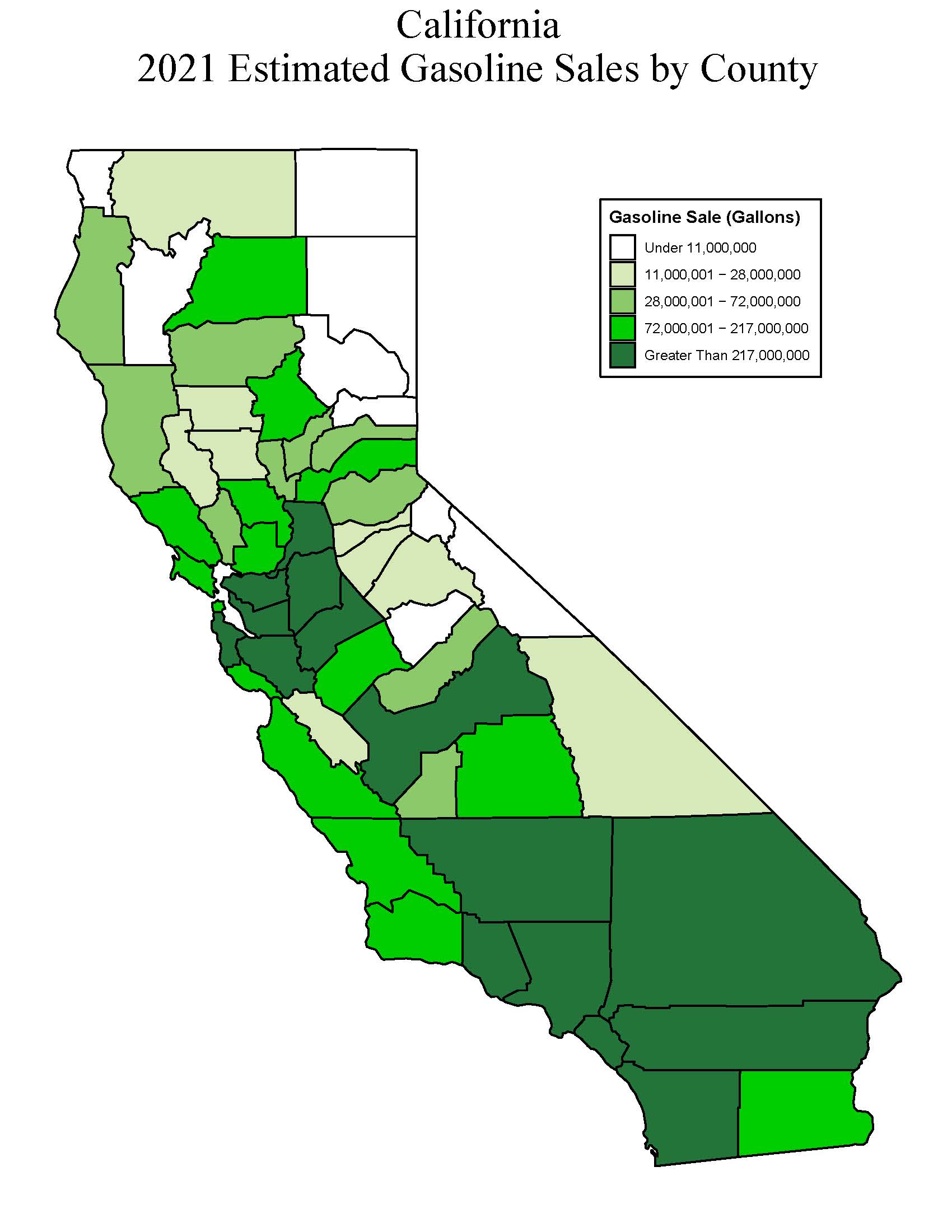 The following Excel file is the total aggregated sales volume of gasoline at retail locations that completed the A15 survey by municipality and by year.

Data does not represent total consumption of gasoline in a municipality due to:

Methodology for Estimating Stations and Sales

Using a statistical resampling methodology, staff estimates the total gasoline station population by matching gasoline sales reported by the California Department of Tax and Fee Administration (CDTFA). This is done by using a subset of the CEC-A15 reporting stations to estimate the characteristics of the missing fueling station population. Since large fueling retailer chains are easier to survey due to their visibility, the resampling is weighted toward smaller retailers as it is assumed they are the primary non-responders to this report.