Diesel fuel is the second largest transportation fuel used in California, representing 17% of total fuel sales behind gasoline. According to the state Board of Equalization, in 2015 4.2 billion gallons of diesel, including offroad diesel, was sold.

Nearly all heavy duty-trucks, delivery vehicles, buses, trains, ships, boats and barges, farm, construction and heavy duty military vehicles and equipment have diesel engines. Diesel is the fuel of choice because it has 12% more energy per gallon than gasoline and has fuel properties that prolong engine life making it ideal for heavy duty vehicle applications. In 2006 ultra-low sulfur diesel was nationally introduced allowing for near-zero heavy duty diesel engines sold since 2007 model-year. Biodiesel was introduced into California in 2000 and Renewable Diesel in 2012. Biodiesel is predominantly made from soybean and recycled oils into a unique diesel fuel. Renewable Diesel is predominantly made from animal waste oils and the finished fuel is nearly identical to petroleum based diesel. 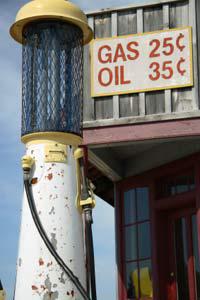