Caltrans and the CEC are partnering to implement the federal NEVI Program, which allocates $5 billion to the states to create a nationwide, interconnected network of DC fast chargers along the National Highway Systems. California’s share will be $384 million over 5 years. 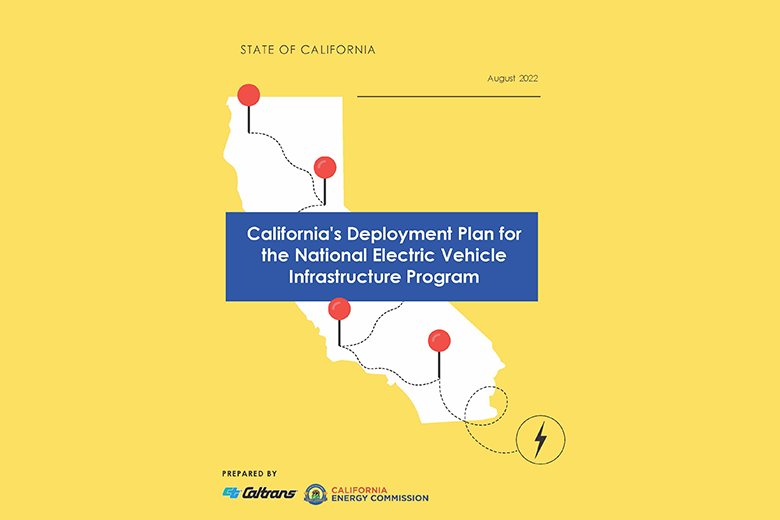 The $5 billion NEVI Program is part of the $1.2 trillion Infrastructure Investment and Jobs Act (IIJA) signed into law by President Biden in November 2021. IIJA commits significant federal funding to clean transportation and energy programs throughout the U.S. to reduce climate changing greenhouse gas emissions. The California Department of Transportation (Caltrans) is the designated lead agency for NEVI. The CEC is their designated state energy partner. Caltrans and the CEC have partnered to create California's Deployment Plan for the National Electric Vehicle Infrastructure Program that describes how the state plans to allocate its $384 million share of federal NEVI funds to build out a network of modern, high-powered DC fast chargers along Interstates and National Highways throughout California. The Deployment Plan was submitted to the Joint Office of Energy and Transportation on August 1, 2022. Approval is expected in late September. The Plans must be updated each year over 5 years.

Each NEVI-funded DC fast charge station will have a minimum of four 150 kW combined Charging System (CCS) connectors and total station power of 600 kW. Stations will be located no more than 50 miles apart along freeways and highways and no more than 1 mile from a freeway exit or highway roadway. States are required to emphasize equity, with at least 40 percent of NEVI benefits going to disadvantaged, low income, rural and Tribal communities.

The CEC will manage the funding solicitations, or Grant Funding Opportunities (GFO) on behalf of the State. The first GFO planning workshop will be held in early September.

No events are available at this time.