SACRAMENTO – California remains ahead of its clean energy goals according to newly released data from the California Energy Commission (CEC).

The CEC estimates that in 2019, 36 percent of the state’s retail electricity sales were provided by Renewables Portfolio Standard (RPS)-eligible sources such as solar and wind. That exceeds California’s 33 percent requirement of retail sales come from RPS-eligible sources by 2020.

When sources of carbon-free energy such as large hydroelectric generation and nuclear are included, 63 percent of the state’s electricity retail sales came from non-fossil fuel sources in 2019, according to the data.

“California’s Renewable Portfolio Standard is the cornerstone of our state’s climate policy portfolio, delivering essential greenhouse gas reductions and increasingly cleaner energy to every Californian,” said CEC Chair David Hochschild. “As we move to 100 percent clean electricity by mid-century, this success shows what’s possible and demonstrates that renewables are now mainstream and fossil fuels are now becoming the alternative energy.”

California surpassed its 2020 RPS goals for the first time two years ago when an estimated 34 percent of retail electric sales came from RPS-eligible sources.

Senate Bill 100, signed into law in 2018, accelerates the RPS goal to 60 percent by 2030. The landmark policy also requires RPS-eligible sources and zero-carbon resources to supply 100 percent of California’s electricity retail sales and electricity procured to serve state agencies by 2045.

A SB 100 joint agency report must be submitted to the Legislature by January 2021. After that, the report is due at least every four years.

The first draft report including modeling results is expected to be released for public comment this fall. 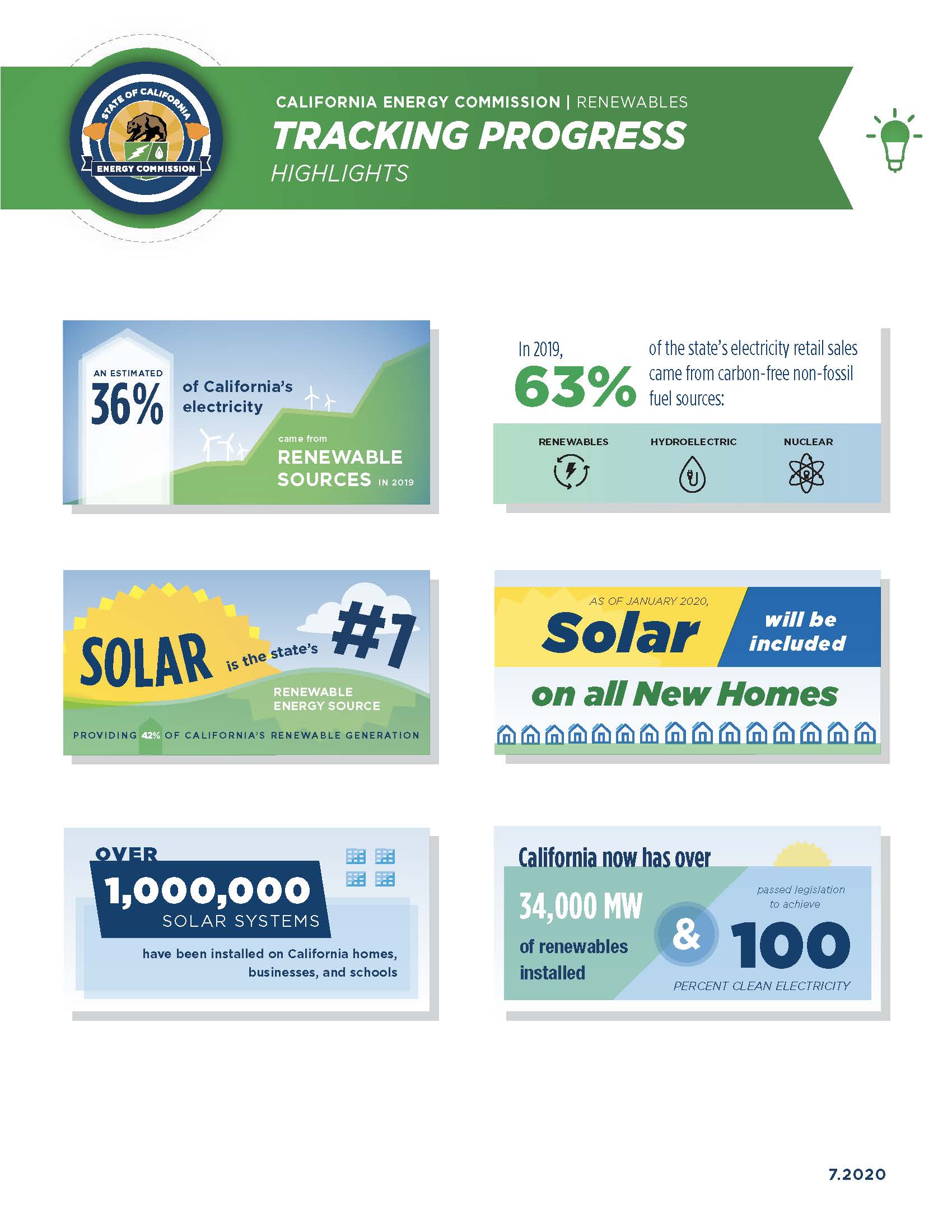 About the California Energy Commission