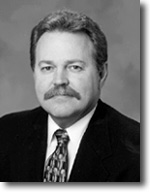 Prior to his appointment, Commissioner Blevins served as the Deputy Secretary for Business Assistance and Program Development at the California Environmental Protection Agency (Cal/EPA). While at Cal/EPA, he was also called upon to assist with California's response to the 2001 electricity crisis. During July and August of 2001, he directed the State's electricity purchasing program as Assistant Director for Energy Programs at the Department of Water Resources. During 2002, he was Deputy Director at the California Power Authority with responsibility for securing new electricity supplies from conventional, renewable, and "negawatt" sources.

Commissioner Blevins was appointed as Undersecretary of Cal/EPA by Governor Pete Wilson in 1997. He was previously appointed by Governor Wilson in 1995 as the Chief Deputy Director of the California Department of Conservation (serving as Acting Director twice). Commissioner Blevins served as Executive Director of the California Energy Commission from 1992 to 1995, as the Advisor to the Chairman of the Commission 1983 to 1992, and as a program manager on the Commission's staff from 1977 to 1983.

Over the years Commissioner Blevins has served on the Board of Directors for a variety of environmental and energy-related organizations. He has most recently been a Board Member at the Center for Clean Air Policy in Washington D.C. Other boards include the Science and Industry Advisory Board at the National Renewable Energy Laboratory, Natural Gas Vehicle Advisory Board, State Government Task Force on Alternative Fuels and the editorial board for Forum, an environmental policy journal published by the University of Tennessee. Commissioner Blevins was also a member of the German Marshall Fund Study Tour on Global Climate Change.

Commissioner Blevins is a native of Oak Ridge, Tennessee, and received his Bachelor of Arts degree in anthropology from the University of New Mexico. He is a historian specializing in the Southern Appalachian region, and is Chairman and Chief Executive Officer of the Grandview Heritage Foundation. He lives in Sacramento, California with his wife and two sons.