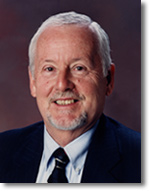 Prior to his appointment, Commissioner Boyd was Deputy Secretary and Chief of Staff of the California Resources Agency. He created and chaired the state's first Joint Agency Climate Change Team and the state's Natural Gas Working Group.

Commissioner Boyd focused on issues including transportation and served on the Board of Advisors of the University of California Davis' Institute of Transportation Studies. He was the Energy Commission's representative on the Steering Team of the California Fuel Cell Partnership, and served on the Governor's Hydrogen Highway Network Implementation Advisory Panel. He led the Commission's efforts to develop the State Alternative Fuels Plan requested by the Governor and Legislature. He oversaw the implementation of Assembly Bill 118, which established an Alternative and Renewable Fuel and Vehicle Technology Program at the Energy Commission.

Vice Chair Boyd chaired the Bio-energy Interagency Working Group that developed the Governor's Bio-energy Action Plan and also served as the state's liaison to the Nuclear Regulatory Commission and as California's representative on the Border Governors' Conference Energy Worktable. He also served on the Governor's Climate Action Team.

A California native, Commissioner Boyd received his Bachelor of Science degree in Business Administration from the University of California, Berkeley.