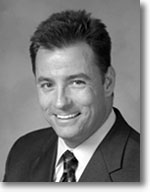 Joseph Desmond was reappointed by Governor Arnold Schwarzenegger to a full five-year term on January 26, 2006. He was initially appointed Chairman of the California Energy Commission in May 2005 to fulfill the unexpired term of former Chairman William Keese. In May 2006, Mr. Desmond was appointed Under Secretary for Energy Affairs in the California Resources Agency.

As Chairman, Mr. Desmond represented the Governor on the Western Interstate Energy Board (WIEB). Mr. Desmond, of Pleasanton, served as Deputy Secretary for Energy at the Resources Agency in 2004. Prior to that, he was President and Chief Executive Officer of Infotility, Inc., an energy consulting and software development firm for four years. From 1997 to 2000, Mr. Desmond was President and Chief Executive Officer of Electronic Lighting, Inc., a manufacturer of controllable lighting systems, and from 1991 to 1997 he was with Parke Industries, where he served as vice president. Mr. Desmond was marketing and demand planning administrator for Taunton Municipal Lighting Plant, a publicly owned utility, from 1987 to 1991. He also served as co-chair of the Silicon Valley Manufacturing Group's Energy Committee from 2001 to 2004 and as a board member of the National Association of Energy Service Companies.